Baekhyun was doing a V-Live broadcast in the early morning.

It was supposed to be a nice, fun stream, but fans noticed that he was being distracted.

Baek was getting noticeably more irritated as the broadcast continued, and he finally revealed why.

During the stream, sasaeng fans kept calling him over and over, just to verify whether or not the number they had in their contacts was really his.

“Sorry, someone keeps calling me. Why? Don’t call me right now. I’m doing a live broadcast. I have no idea how they could know my number. “

This sasaeng situation has been plaguing the EXO members since their debut.

The other members also get pestered with calls from these stalker fans during their broadcasts.

It gets to the point where they’ve started to borrow their managers’ phones for V-Live broadcasts just so they can have a stable stream.

EXO-L are enraged, and so are netizens. Check out the netizens’ reactions to these sasaeng fans tormenting Baekhyun below, translated by Korean Netizen:

2. [+117, -3] My heart really hurts when hearing this.. I think it’s Baekhyun… He said in one interview that all fans know where our dorm is

4. [+49, -0] Sehun said that even when he is doing nothing he keeps receiving messages from fans checking whether it’s really his number

5. [+48, -0] Not only EXO sasaengs, all sasaengs are so disgusting. They should get the same treatment to know what they doing is wrong.. In the end, Baekhyun changed his phone to airplane mode to avoid the calls

6. [+44, -0] EXO gained many sasaengs in 2013. I was so surprised knowing this.. I thought recently they don’t have as many as before. Whenever they do V Live Broadcast, calls keep coming, so they change their phone to airplane mode

8. [+43, -0] Anyone remember this? Sasaengs followed them to restroom so the tall members stood in front of the door to cover other members 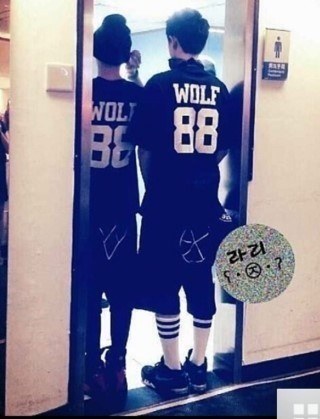 9. [+30, -1] I got goosebumps knowing how Chanyeol’s phone keeps ringing after he turned on instagram notifications

10. [+26, -0] Seriously how could they know his phone number? Long ago, TVXQ even got their resident number stolen. With that level of skills, they can even go to Harvard